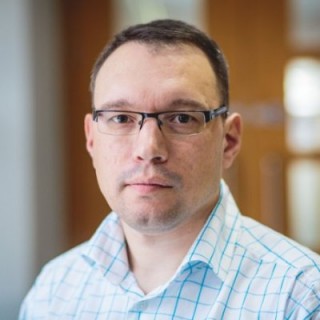 In the days leading up to this year’s Email Innovations Summit, in London, I’ve taken the opportunity to reflect on my own email career, and what’s led me to be innovative along the way.

When I began my career in email, in 2011, the resources available to help me were few and far between – a few online articles and a book. That book was, “Create stunning HTML email that just works”, by Matthew Patterson, who, at the time, was on the team at Campaign Monitor. While this proved to be a great introduction to this brave new world of email marketing, design and development, it didn’t answer all the questions I had.

Today, the email industry is very different. More articles have been written. More books have been published (including my own!) More conferences have been held. And perhaps, most importantly, there’s a strong community to support and help answer the types of questions I had when I was starting out.

But the skills I learned in those early days, due to the lack of resources, have remained with me, and have, along the way, enabled me to be an innovator, and a creator of resources, rather than merely a consumer of them. In this article, I’ll look at a few of the skills I’ve developed, in my capacity as an email designer and developer, in the hope that you’ll be inspired to embrace one or two of them yourself.

A skill that I learned early on, which is perhaps the most important skill I’ve learned, is the skill of asking questions. I remember the first time I saw a piece of HTML email code, and thinking, “What is this for?”, “Why is this here?”, “Is this necessary?” and “Could this be removed?” I could’ve just accepted that it was there because it had to be there, but I didn’t. I didn’t take that for granted. I asked questions. The questions I asked enabled me to explore the complexities of the email landscape as it looked at the time, with its email clients, its webmail clients, its apps, and all their various versions. After asking those questions, and not accepting “They’re there because they have to be” for an answer, I learned another skill – the skill to test and learn.

The questions I had, led me to test and learn. I didn’t have the knowledge, experience, or indeed the confidence at this stage in my email career, to start adding or removing pieces of code. There was the very real risk that I might break the email I was working on in doing so! So I tested, and I learned. I set up email accounts on all the devices I had to hand, on email clients, like iOS Mail on my iPhone and Apple Mail on my MacBook Pro, and on webmail clients, like Gmail, Outlook.com and Yahoo! Mail on each of my web browsers, Safari, Firefox and Chrome. I also used Litmus, which I was introduced to by the marketing agency I was working with at the time. Using a process of elimination, I learned what code was essential, and what code wasn’t essential, why some needed to be there, and why some didn’t. As a result, I eventually grew confident enough to design and develop my own emails, that didn’t break, using lean, clean code.

If the skill I learned early on was to ask questions about what was there, the skill I learned later on, was to ask questions about what wasn’t there. What would happen if I tried this? What would happen if I tried that? This skill came as a result of having the knowledge, experience and confidence I didn’t have at the start of my email career. I began to reach beyond my knowledge and experience, as I now had the confidence and skill to test and learn, and the skill I’d learn next, would be the perseverance to find the answers to those questions.

Testing and learning takes time, and it takes effort, and to test and learn repeatedly, requires perseverance. Through the test and learn process, like an archaeologist, I found myself slowly and patiently digging down below the surface, with my developers trowel, deep and dirty in the code, looking for the answers to my questions, and when I found them, it made all the hard work worthwhile. In short, perseverance pays. Occasionally, I’d find something I didn’t expect to find, which might be just as valuable as the thing I was looking for. Such ‘email treasure’ would typically find its way into an issue of Type E:, or in a talk, at conference like the Email Innovations Summit.

Resilience is a hard skill to master. When I’ve discovered something, having persevered, having tested and learned, having asked the questions, but I’ve known what I’ve discovered goes against the accepted ways of doing things – best practice if you will. It might be innovative, but it might not be received well. I can hear, “We’ve always done it this way” in my ears, but I’m convinced there’s a better way forward. In this place, I’m resilient. I share it anyway. In an article, or on stage. Sometimes it’s received and adopted. Sometimes it’s not. But when it is, there’s nothing quite like it.

Well, if I’m honest, this is what’s made my email career so exciting, and I can’t imagine living it another way. Yes, we can all learn from each other, but those skills I learned in the early days, will keep me innovating well into the future.

Paul Airy is the founder of Beyond  the Envelope.