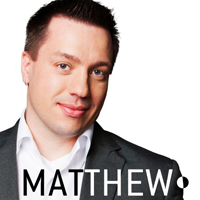 Recently fellow influencer Bob Frady talked about “Why CASL is Bad Law“ and one that really isn’t going to stop spam.  Canada ranks as the number 7 global source for spam, producing about 4% of all the spam tracked in the world according to SpamRankings.net. While this pales in comparison to the 38.9% of Global Spam originating from the United States, it is still a major problem and represents a significant threat to consumer privacy.

I’m just going to jump right in and address Bob’s concerns and criticisms about CASL:

1 - While CASL does not explicitly define spam it does provides a clear scope on what would be considered violation of the law - any commercial electronic messages sent without permission, identification, contact information, and preference management solutions. This definition may better describe a consumer protection and privacy law than an anti-spam law, but that is because CASL is more than just an anti-spam law. CASL covers many other privacy related issues that include the installation of computer programs and unauthorized manipulation of data, thus formally including protections such as malware, phishing, and man-in-the-middle type attacks.

"What's in a name?". The actual name of CASL is: "An Act to promote the efficiency and adaptability of the Canadian economy by regulating certain activities that discourage reliance on electronic means of carrying out commercial activities, and to amend the Canadian Radio television and Telecommunications Commission Act, the Competition Act, the Personal Information Protection and Electronic Documents Act and the Telecommunications Act." During the review process for CASL and its predecessors’ laws, ECPA (Electronic Consumer Protection Act) and FISA (Fighting Internet and Spam Abuse), the two previous short names for the law, were struck down by the review committee. This left the marketing industry to provide a convenient and easily recognizable name for the act, which resulted in this new nickname for the law. After reviewing  the long name and the two original short names, the intention of the Act is likely more in line with the consumer protection aspects of the law than the adopted name for Canada's Anti-Spam Law (CASL).

2 - CASL's challenges hardly stem from lack of trying to get off the ground - over a 10 year process, Canada went to the polls three times and the government took an Olympic hiatus which caused the three previous attempts to pass similar legislation to restart.  While the technological revolution has been ongoing during these times, so has the legislation and the requirements of the law. The law was made to be technologically neutral, saving the need to reopen the books for future technologies like social media which is not covered by CAN-SPAM.

Many legitimate marketers are guilty of ignoring best practices and pushing into areas that potentially could violate the existing privacy laws - these tactics may not be too different than the malicious spammers (failing to honour unsubscribes or resubscribing people, email append, data purchase, and misleading messaging). This type of behaviour has become known as Mainsleaze spamming and has become one of the hardest parts of the anti-spam community’s identification of spam vs. legitimate email sorting processes. The use of these tactics sometimes makes it hard for the ISPs algorithms to differentiate from the truly evil spammer and the marketer making bad decisions.  This is all too relevant with the trail of blacklisting found on the Spamhaus or Spamcop RBLs for legitimate marketers following bad advice, exercising poor judgement, or using practices that focus on list size vs list performance.

Spam is unsolicited bulk email: bulk email sent to an email address that did not request to receive that email. Mainsleaze spam is spam sent by an (otherwise) legitimate company or organization, either directly from their own IPs, through an external SMTP relay service to which they have legitimate access (such as SMTP.com or Google Postini), or through a legitimate email service provider (ESP).

A recent poll by Constant Contact (WJS.com) shows that companies have already started cleaning up their email lists. 43% of respondents said that CASL will have no impact on their abilities to reach their consumers through email and only 4% said they would consider stopping their email program all together.

Violations and fines will be consumer driven based on the number of reports being sent to the CRTC for further investigation. When looking back at the CRTC’s past case history for the Canadian Do Not Call legislation you can see that not every situation where a violation was found demanded a $10 million dollar fine. Where there are limited numbers of complaints and small to no money lost by consumers, fines have ranged widely within the CRTC's findings. The million dollar fines are generally repeat offenders or blatant violations of the laws.  I would expect much of the same under the enforcements of CASL.

3 - Consent is not new to Canadian Companies; PIPEDA has required consent to send commercial messaging since 2003. Canadians have a higher expectation when it comes to the use and collection of their email programs and our existing privacy legislation reflects this. Being in line with the OED, Canada is currently looked at as a country that maintains sufficient privacy regulation and that additional certifications are not necessary.

In conclusion, CASL is a law that was designed with consumer protection at the forefront and was built after consulting with many industry professionals from all sides of the discussion: marketers, technology providers, education, not-for-profit, and the ISP community.  When you have this many parties involved, the resulting work will make most people happy, but you will never satisfy all of the critics.

Matthew Vernhout is the director of privacy at 250ok and is a Certified International Privacy Professional (Canada) with nearly two decades of experience in email marketing. He actively shares his expertise on industry trends, serving as director at large of the Coalition Against Unsolicited Commercial Email (CAUCE), vice chair of the Email Experience Council (eec), and senior administrator of the Email Marketing Gurus group. He is a trusted industry thought-leader, speaking frequently at email marketing and technology conferences around the globe. Matthew has contributed to several benchmark publications during his career including DMARC Adoption Among e-Retailers, the eec’s Global Email Marketing Compliance Guide, The Impact of CASL on Email Marketing, and more.

Thanks for proving my point. Could not have said it better myself.

0 Cancel Reply
Hey Matt - Thanks for proving my point. Could not have said it better myself. Bob
Cancel Update Comment

"What's in a name?". The actual name of CASL is: "An Act to promote the efficiency and adaptability of the Canadian economy by regulating certain activities that discourage reliance on electronic means of carrying out commercial activities.........

Am I the only one to notice that the actual name of the law seems to imply that what the law makers WANT to do is regulate in such a way as to discourage reliance on electronic means of carrying out commercial activities. I had to read that part several times before I realised that they meant the opposite ironic!