My Life as an Email Entrepreneur: My Final Article. 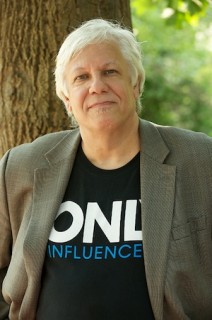 Last week, Rising Media, the company I partner with to produce the Email Innovations Summit, acquired Only Influencers, the Email Marketing Community I created in 2010. I will be transitioning the company over the next 6 months and then retiring for good from this industry that has been so good to me.

In this final article of my career, I hope you will indulge me in looking  back on a career that surprised even me and bidding my farewell to people and an industry that has been my home and family for last 20 years.

First, let me say to all of you: Thank you from the bottom of my heart. There are no better people in this world than email marketers, as everyone in this industry knows. While we are all competitors, partners, customers and sellers, we are also all family, something I think that is unique to our industry.

And I leave this industry with the legacy of having founded not only Only Influencers but eDataSource. Few get the honor of having a true impact in their lives and careers and I feel fortunate to be one of those people.

It didn’t appear that way at the beginning. I dropped out of college multiple times and finally graduated with a Theater degree from Bucknell. And for the first 10 years after college, I played music, had a career as an East Village artist and painter, and tried to write the great American novel.

But in the early 90’s I got interested in the emerging field of 3D animation and ended up working for one of the leading 3D animation software companies. I began submitting articles and getting published in the leading trade magazines of the time and was asked to be the technical editor of 3D Design Magazine where I wrote a monthly column. It was then I started writing about a new 3D technology for the very new thing called the Web: a technology called VRML: Virtual Reality Modeling Language.

Silicon Graphics was making a huge push into the 3D Web market and hired me as their VRML Evangelist.  During that time I created the very first 3D web banner and, along with companies like Unicast, Macromedia, and Intel, was one of the first promoters of “Rich Media”, a quaint term now but cutting edge at the time.

And that is when I launched my first business at age 44: The Rich Media SIG (special interest group), which united buyers and sellers of the new field of Internet Advertising. We held monthly meetings at top New York agencies and the Rich Media SIG was the first advocacy group for these new technologies.

In 2000, at age 46, I decided to take it full time and launched my first full time business: Emerging Interest. Emerging Interest launched at a time when the so called Internet Bubble burst and there were layoffs industry wide. Vendors found it difficult to sell their products since trade shows were shutting down and their contacts one week would be gone the next.

Emerging Interest’s business idea was to bring the trade show to the buyer. We would bring 5 competing technologies into the agency or company, provide lunch, and it was free to the buyers, they just had to have the decision makers in the room.  We kept the vendors to a strict 20 minute schedule and provided a feedback mechanism for further follow up.

It was a good business and we won a number of awards for our innovative business model. But the margins were thin and it was a very labor intensive business. One day, I was researching competitive intelligence companies for a possible show and started to see a pattern: There was a competitive intelligence platform for banner ads, tv ads, print ads, but no one did email. I saw an opportunity.

And during the next year, I closed Emerging Interest and launched eDataSource (then Email Datasource) as the first competitive intelligence tool for email marketers.

The only problem was, no one was talking about email at the time. While Marketing Sherpa wrote some articles on email, there were no conferences, no regular thought leadership. No one was paying attention to email. It was considered spam and something that was more of an embarrassment to companies than the leading marketing tool it became.

As we began tracking email we started including Alexa traffic statistics in our tool. And I noticed something immediately: literally ever day that we detected an email being sent by a company, there was an associated spike in traffic to that companies website. We were able to independently demonstrate for the first time that email was the biggest traffic driver on the web.

But how to get the word out about this startling discovery? I realized I was going to have to bring attention to email marketing in a way that was not done up until that time.  I contacted Mediapost whom I had been writing Rich Media articles for, and proposed a weekly series to be called The Email Insider, where I would report on the data we were getting.

That weekly article became so popular that it launched all the other Insider articles for Mediapost. I then approached them about doing a conference series and The Email Insider conference was born and I was the host of that show for a number of years.

Then in 2010,  I became tired of the commute and decided to launch a new business that I could run from home. I took the private listserv and made it public and in 2010, Only Influencers was born.

As OI grew, we launched a weekly newsletter and a conference. And now my partners in the Email Innovations Summit will carry OI forward into the future. I can think of no better partner .

I want to thank everyone who has made my life and career such a dream and joy. You have been my family for 20 years and it will be hard not to be part of the day to day activities of this industry I love.

And for those budding entrepreneurs out there: remember. It doesn’t matter your background and age. You too can carve your life out as you see fit and launch your own business. It has made my life a slice of heaven. Here is hoping you find the same in your life and career. And thanks to all of you for making it a dream life.