Should Emails Expire? Yes and No

Most commercial email that’s sent is never deleted by recipients. Moreover, most commercial email content is only relevant for a fairly short period of time—say, weeks tops for the vast majority of it. As a consequence, mailbox providers currently store and maintain access to a tremendous amount of old and completely irrelevant email. That’s costly for them and an ecologically senseless use of electricity during a time of escalating climate risk.

For those reasons, the issue has been raised as to whether marketers should be allowed and enabled to schedule the emails they send to delete themselves. Even if only instituted for future emails, it would stop mailboxes from filling up with even more messages of limited long-term value.

We already have a good starting point for this process: the schema that’s used to tell Gmail and other mailbox providers when the deals in our emails expire. That schema could be used by all senders to set reasonable expiration dates for their messages, when applicable. This is a mechanism that wasn’t available when the idea of auto-deleting emails was first raised around 2012.

However, many of the barriers that stopped this idea from gaining traction a decade ago are still problems today. Let’s talk about those, plus an alternative approach to solving this problem.

In order to have emails expire, you need mailbox providers and marketers to agree on a mechanism. Again, if we were to use schema or something else already in use today, that would lessen the burden significantly. But if something entirely new has to be agreed upon, then the difficulty increases significantly.

But even in the rosiest case, it’s hard to envision mailbox providers going along with ceding this power to marketers. After all, currently Apple doesn’t even trust senders to know if their emails are read or not. Giving brands the ability to reach into their users’ inboxes and delete their emails—even for altruistic reasons—seems like a massive breach of privacy.

Barrier #2: Getting Brands to Use It

While not the biggest risk, this is likely the biggest hurdle. Marketing departments are always running lean, so they’re not inclined to implement anything that’s not absolutely necessary. To see evidence of this, you only have to look at the long adoption curves of the email authentication standards of SPF, DKIM, and DMARC. Not adopting those harmed brands and adoption was still slow.

Even when technologies help brands, they’re still slow to adopt them. For example, it took about 9 years after the release of the first iPhone for just 50% of brands to adopt responsive email design, according to Litmus/Salesforce research.

Programming their emails to expire would neither help brands avoid harm like email authentication does nor would it likely help them increase sales like using responsive design does. For that reason, brands would surely be incredibly slow to use auto-delete functionality.

For brands that adopt, the next step would be reeducating consumers that their life-long assumption that they controlled their inboxes is now over. Rather than consumers making decisions about which emails to delete, marketers would now make those decisions for them.

Since brands would be the ones setting their emails to auto-delete, having this potentially contentious and confusing conversation with their customers and prospects would fall on them. They would need to work this new messaging into their emails and train their call center reps to deal with questions and complaints.

This re-education would be an ongoing effort and an ongoing distraction from other messaging. Moreover, this burden would fall heavily on early-adopters because this concept would be new to email users.

The biggest risk with expiring emails is the potential for abuse. It’s not hard to imagine disreputable brands making emails containing receipts, warrantees, software keys, and other information auto-delete.

But beyond that, people and companies would be eager to use this new functionality to limit their exposure to future legal actions. Businesses might have their emails to partners, contractors, and freelancers auto-delete to limit disputes. And abusive spouses, bullies, trolls, and con artists would use this functionality to cover their tracks.

There would immediately arise a need to screenshot and archive important messages, creating more work for email users.

The Root Cause of the Problem

I applaud the marketers who have pushed for the expiration of promotional emails. They’re concerned about the impact their messages are having on the environment and want to do the right thing. Their hearts are in the right place. But for all the reasons discussed, their good intentions are unlikely to succeed—and if they do, are likely to do more harm than good.

Fundamentally, this isn’t a problem that marketers should solve. This problem can be addressed more quickly and effectively and with a lot less disruption to the channel by mailbox providers, who should already be motivated to take action since they bear the storage costs. They’re also in the best position to fix this problem because they caused it.

The root of this problem is that consumers rarely delete email, and that’s surely the unintended consequence of mailbox providers giving their users so much storage that most can never delete emails and never hit the storage cap. Today, the kinds of storage limits that force active mailbox management can only be found in corporate mail environments.

The launch of Gmail in 2004 kicked off an explosion of email storage space as providers competed on the issue. Today, for example, every free Outlook.com user gets 15G of storage and every Yahoo Mail user gets 1TB! How many emails is that? The average consumer surely has no idea. But when they increased their email storage to 1TB, Yahoo said it was the equivalent of ‘6,000 years’ of inbox for the average user.

Reducing storage limits to a more realistic human lifespan seems like a good place to start and could be spun as an effort to reduce electricity usage and greenhouse gas emissions. However, it would likely be difficult from a competitive standpoint for mailbox providers to reduce storage. Also, it’s a hard sell for consumers who don’t really want to manage their inboxes at this point.

So what’s the best solution? Instead of focusing on storage size, let’s shift the conversation toward helping consumers voluntarily use much less of the storage that’s available to them in a way that requires the smallest amount of effort on their part and makes them feel good about their decision to use less.

How long should emails be saved for? Most consumers would probably not say that every email they get should be kept forever, so giving them the option to set a retention time limit would likely see sizable adoption. The key would be pitching it as an optional benefit that they can take advantage of, rather than imposing it on them as a limitation.

For example, mailbox providers could ask their users to “Help Email Go Green!” and then ask them “For how long would you like your emails retained?” Of course, any email that’s been moved to a custom folder or “archive” should be exempt from any time limits to avoid frustrating users.

While a blanket email retention limit would be effective, the opportunity becomes even more enticing for mailbox providers with tabs. That’s because retention times would likely vary significantly across different email types. For example, consumers might want to keep emails in their Primary or Focused tab for 5 years, but be happy to have emails in their Promotions or Other tab moved to the trash after just 1 year—perhaps even less.

Mailbox providers could run some analytics to suggest the best retention option based on each user’s past search and reading behavior. They could also establish defaults for new users based on the “most popular” selections by all their users. And over time, mailbox providers could even gamify this process by telling users how their selections compare to others and estimating how much electricity they saved with their choices.

Yes, the best solution is for emails to expire. However, it’s consumers and not senders who should be in control of when their emails are deleted by their mailbox providers. This would not only reduce email marketing’s carbon footprint, but it would avoid upending subscriber expectations as well as protect marketers from angering their subscribers. 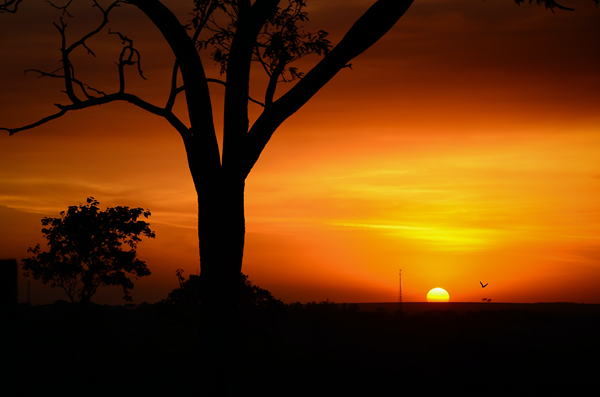 ad S. White is the Head of Research at Oracle Marketing Consulting. He’s also the author of “Email Marketing Rules” and more than 3,000 articles and posts about email marketing. Chad was named the Email Experience Council’s 2018 Email Marketer Thought Leader of the Year. Find him on Twitter and LinkedIn @chadswhite.