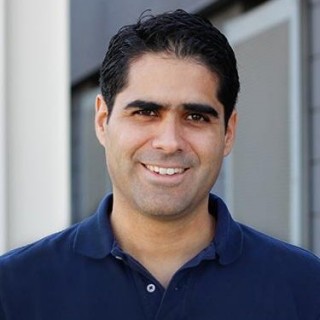 Pokemon Go became the top downloaded and top grossing app when it was released three weeks ago. It already has more Daily Active Users (DAUs) than Twitter, and there’s probably much more to come —Niantic, the developer, has hinted at features that will involve bricks-and-mortar stores and may drive even more usage. In short, Pokemon Go is a massive hit.

But the jury is still out on whether the current buzz will translate into long term success. Pokemon Go would love to follow the path of Clash of Clans, which has been a top downloaded/grossing game for over three years. But it could also end up like Draw Something, a game that was downloaded over 20M times in the five weeks after launch, only to fizzle out over the following months. Will Pokemon Go be a lasting success, or just a passing fad?

Clearly, a lot depends on the game itself and how it evolves. But what can the marketing team at Niantic do to help drive the game’s long term success? A lot. Clearly, buzz and word-of-mouth makes user/player acquisition a non-issue for now. Instead, long term success will be all about engagement and retention. No matter how long people play (and it’s a lot according to some initial surveys), they will spend more time outside the game, where they can forget about it or get distracted by the next shiny thing. That’s where email (and other messaging channels) come in.

By strategically sending players the right information and reminders, Niantic can significantly increase the odds of long term engagement and success. We have several avid players at the Iterable office, and we’ve noticed that there is absolutely no player messaging happening outside of the game. This is a huge missed opportunity!

What can they do? First, Niantic has a big built-in advantage: by using Google login for the game, they already have all their players’ emails. Now they just need to use them. So for the purposes of this post, here is a very basic, high-level framework to segment players and then engage them:

Here are three simple messaging campaigns that address one or more of these three player types: a welcome series, milestone notifications, and a re-activation series. They are all simple examples and the two workflows were completed in just a few minutes in Iterable. The real campaigns could be much more sophisticated, involving filters, segmentations, personalized content and more steps to maximize engagement.

When you first launch the app and log in, the game has a brief tutorial to get you started. But we (especially those of us that are a little bit “older”) really felt like we could have used more info on gameplay and what to look forward to later in the game. A simple welcome series could do the trick.

Here is what a very simple two-message welcome series workflow would look like:

This is an extremely simple workflow — prepared in less than 5 minutes. We could have easily made it more interesting by adding more steps and certain filters to segment the player audience based on their early engagement. For example, the “advanced” email’s content could vary based on how much progress the player has made in the first two days.

A positive side effect of playing the game is the exercise players are getting by walking all over their city capturing Pokémon. What better way to get players coming back than letting them know when they have hit certain important milestones and encouraging them to keep going? Perhaps an email notification when someone has walked 1,000/5,000/10,000 steps in the game?

By sending a simple event when certain milestones are hit, the game could trigger an email message (or series of messages) that encourages a player to keep going. It could be a simple notification of progress, or it could be something more involved, like a comparison of a player’s progress to their friends or other people near them.

Finally, no matter how engaged a player is, they will eventually become inactive. Here is a workflow that would detect when a player has been inactive for three days (a long time by today’s standards) and nudge players back to the game:

It’s worth noting that you could have a player in the workflow multiple times (essentially every time they log in within a 3 day period). This guarantees they will get the message whenever they do go inactive (and everyone will at some point). This workflow could also be much more complex —imagine a reactivation campaign where the email includes a picture of a particularly rare Pokemon that just so happens to be in the vicinity of the player.

These were just three simple examples of how email marketing could make a big difference in the long term success of a blockbuster game. If these campaigns encouraged increased engagement in just a small percentage of players, they ROI would be enormous and the probability of the game becoming a sustainable, long term success would increase significantly.